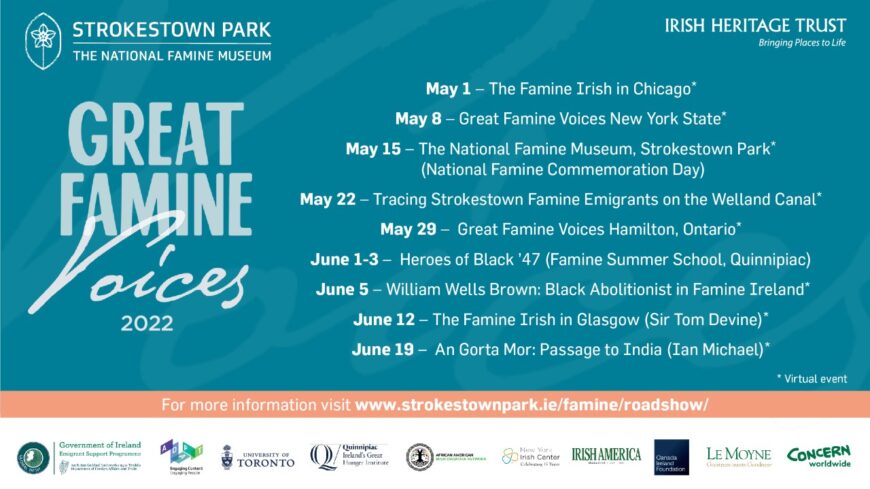 Our upcoming film series, shot in five countries, opens with the premiere of The Famine Irish in Chicago on Sunday, May 1st.

The Great Famine Voices 2022 online season also features films about the journeys of Famine Irish emigrants to Canada, Scotland, and India. Presented by The Irish Heritage Trust and National Famine Museum, Strokestown Park. All of the films will premiere at http://www.strokestownpark.ie/famine/roadshow/ 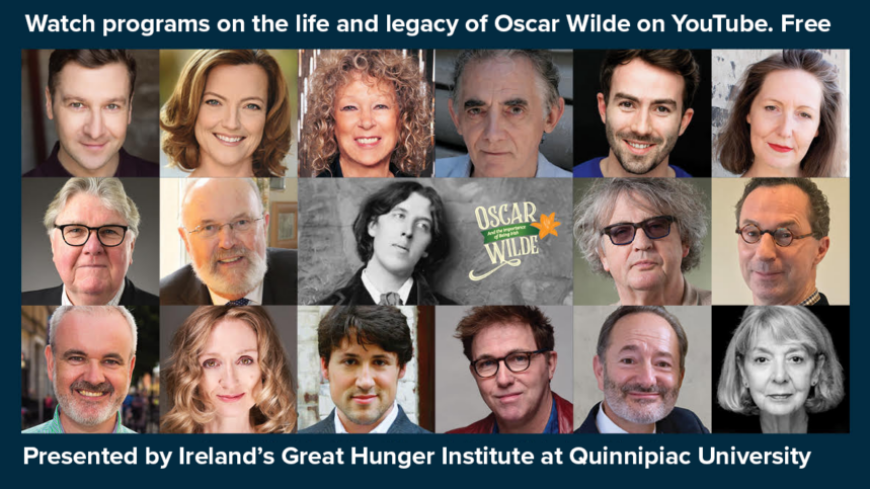 Turlough McConnell Communications is delighted to announce that the online series on the life and work of Oscar Wilde is now available to view on YouTube. FREE.

Thanks to curator Professor Christine Kinealy and co-curator Matthew Skwiat for inviting us to direct and produce the series.
What a privilege to work with Oscar's great story with the help of a supporting cast of terrific actors and brilliant special guests.

The online program celebrates the exhibition of the life and work of Wilde, presented by Ireland's Great Hunger Institute at Quinnipiac University.

Curators Professor Kinealy, and scholar Skwiat join special guests to discuss Wilde from a variety of perspectives; through the lens of Ireland's story, his family, his remarkable literary and artistic accomplishments, and his concerns with religion and social justice.

View anytime. Enjoy curators and guests as they explore the life, works and legacy of the brilliant Oscar in conversations, interviews and Q&A sessions. Link Here 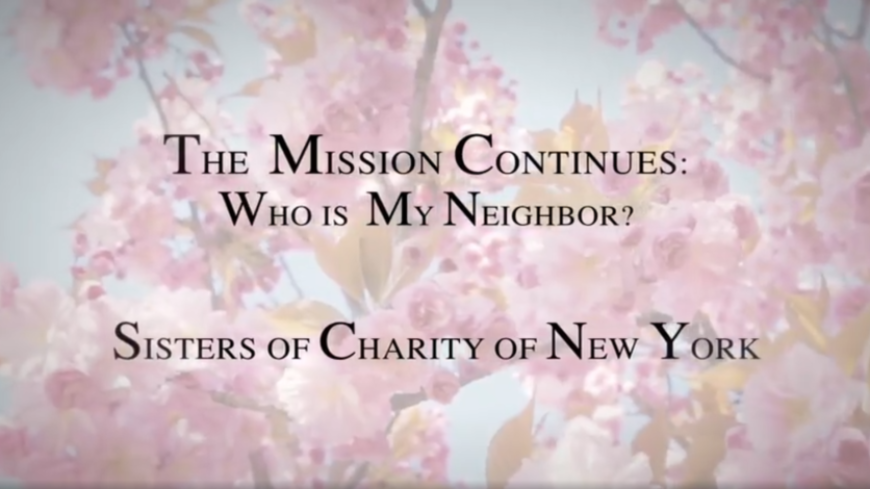 The Mission Continues: Who Is My Neighbor?

For over 200 years, the Sisters of Charity have advocated for those most in need of our love and support. Today the Sisters continue to serve our neighbor through their sponsored ministries. See the short film here.

25th Anniversary Salute to the Burns Scholars by Turlough McConnell

Since 1991, the Burns Visiting Scholar in Irish Studies program at Boston College has invited various academics and experts in Irish Studies to live on campus, where they teach, confer and conduct research for their own projects. We ask a number of the scholars to tell us what the experience meant to them. Original photography by Kim Haughton.

A short documentary exploring the legacy of the Sisters of Charity produced by Turlough McConnell Communications on the bicentennial of their arrival to New York City (1817-2017). The film received the 2017 Lumen Award for Donor Relationship Enhancement. Thanks to … Read More

A Bicentennial Celebration of the Basilica of St. Patrick’s Old Cathedral
(1815 – 2015) Read More