“The play, commissioned by the Sheen Center, explores themes of race and moral ambiguity in the context of the Civil War as it affected New York’s Irish community.  New York’s first archbishop, ‘Dagger’ John Hughes, must exert leadership during a difficult period of urban unrest.” 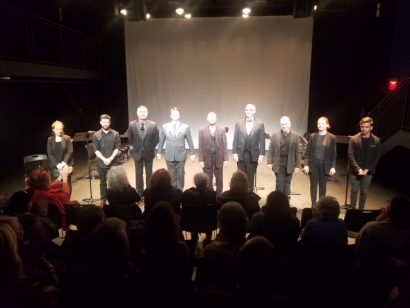 On Thursday night, November 16, the Sheen Center hosted a stage reading of The Wars of Dagger John, a new play written by Turlough McConnell and directed by George Heslin, which will be developed for production in 2018.