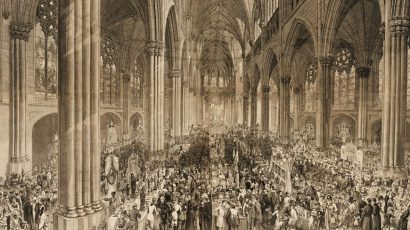 Ireland’s Great Hunger Museum at Quinnipiac University to host The Shores of Amerikay: How Archbishop John J. Hughes and the Sisters of Charity of New York met the needs of Ireland’s Famine Refugees, a presentation by Turlough McConnell on Wednesday, June 21 at 3:00pm.

In response, New York’s Archbishop Hughes and the Sisters of Charity of New York created institutions for these unfortunates. An attempt in the early 1840s to secure public funding for New York City’s Catholic schools resulted in furor and the creation of New York’s non-sectarian Board of Education. Working in tandem with Hughes, the Sisters of Charity opened, staffed and grew schools, orphanages and St. Vincent’s Hospital.

Informed by primary sources from the archives of the SCNY, the Archdiocese of New York and the collections of Columbia University, McConnell’s presentation focuses on the critical days when refugees from Ireland’s Great Hunger flowed into the United States.

This entry was posted in news. Bookmark the permalink. ← SCNY 200: Rebuilding Lives How the Nuns Tamed the Gangs of New York | Irish America Magazine →